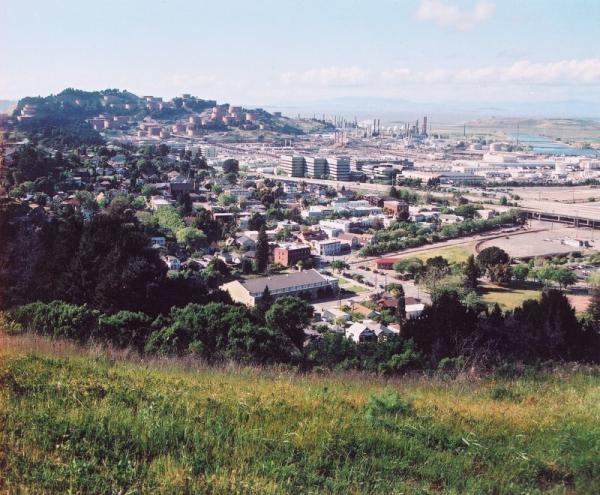 Richmond is a city in western Contra Costa County, California, United States. The city was incorporated on August 7, 1905. Located in the East Bay region of the San Francisco Bay Area, Richmond borders the cities of San Pablo, Albany, El Cerrito and Pinole in addition to the unincorporated communities of North Richmond, Hasford Heights, Kensington, El Sobrante, Bayview-Montalvin Manor, Tara Hills, and East Richmond Heights, and for a short distance San Francisco on Red Rock Island in the San Francisco Bay. Richmond is one of two cities, the other being San Rafael, California, that sits on the shores of San Francisco Bay and San Pablo Bay simultaneously.

The following sites fall under the jurisdiction of the City of Richmond:

GreenPlan-IT Tracker can automatically estimate the performance of a jurisdiction's collective portfolio of green infrastructure facilities, based on key attributes of the installations and their specific location in the landscape.

More Information about the Toolset

GreenPlan-IT Tracker is one component of the GreenPlan-IT toolset, a collection of geospatially enabled tools designed to facilitate science-informed planning of green infrastructure. To learn more about the other components of the toolset, visit the main GreenPlan-IT site.

Call SFEI with any questions.