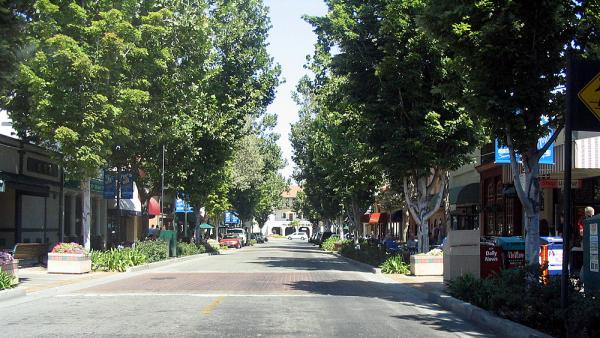 Sunnyvale is a city located in Santa Clara County, California. As of the 2010 United States Census, the population was 140,095.

Sunnyvale is the seventh most populous city in the San Francisco Bay Area and one of the major cities comprising Silicon Valley. It is bordered by portions of San Jose to the north, Moffett Federal Airfield to the northwest, Mountain View to the northwest, Los Altos to the southwest, Cupertino to the south, and Santa Clara to the east. It lies along the historic El Camino Real and Highway 101.

As part of California's high-tech area known as Silicon Valley, Sunnyvale is the headquarters location of many technology companies and is a major operating center for many more. It is also home to several aerospace/defense companies. Sunnyvale was also the home to Onizuka Air Force Station, often referred to as "the Blue Cube" due to the color and shape of its windowless main building. The facility, previously known as Sunnyvale Air Force Station, was named for the deceased Space Shuttle Challenger astronaut Ellison Onizuka. It served as an artificial satellite control facility of the U.S. military until August 2010 and has since been decommissioned and demolished.

Performance reporting is not available to the public.

More Information about the Toolset

GreenPlan-IT Tracker is one component of the GreenPlan-IT toolset, a collection of geospatially enabled tools designed to facilitate science-informed planning of green infrastructure. To learn more about the other components of the toolset, visit the main GreenPlan-IT site.

Call SFEI with any questions.